China presents a climate crisis paradox. It leads the world in photovoltaic and wind power production and installed capacity of both, and President Xi Jinping says he wants to remake China as an “ecological civilization.” Yet it’s also the world’s largest CO2 emitter by far and the government is slashing funding for renewables while ramping up spending on more coal-fired power plants.

How do we explain these contradictions?

Please join us for a discussion of Smith’s new book. Richard will summarize the main argument of the book, Promise Li will pose some questions, and then we will take questions and comments from the audience.

Richard Smith wrote his PhD thesis on market reform in China and is the author of Green Capitalism: The God That Failed (2016). His articles have appeared in New Left Review, The Ecologist, Journal of Ecological Economics, New Politics, Foreign Policy, Monthly Review and other media.

Promise Li is a socialist activist from Hong Kong and Los Angeles. He is a member of Lausan Collective, Solidarity (U.S.), the Democratic Socialists of America, and a former tenant organizer in Los Angeles Chinatown.’ 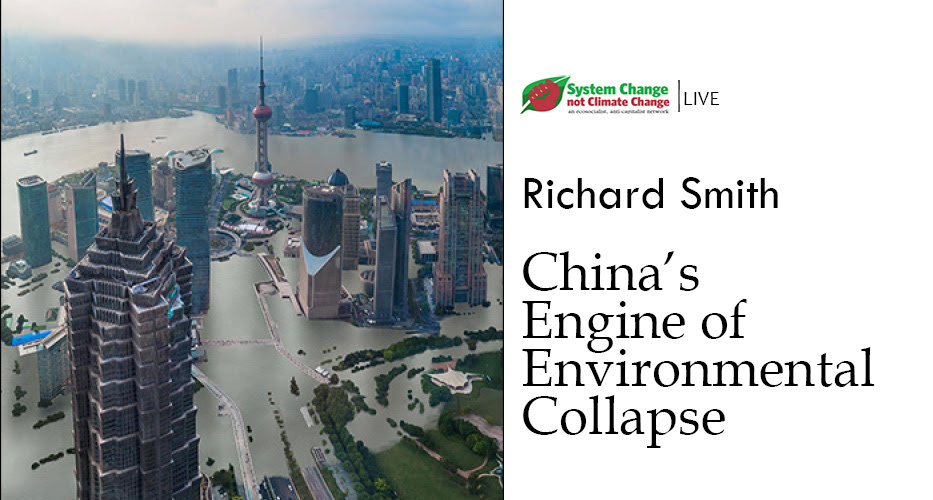