The Research Committee on Social Movements, Collective Action and Social Change (RC48) is part of the International Sociological Association (ISA). It was founded as a Working

Group in 1992, under the presidency of Prof. Bert Klandermans. In 1994, it was recognized as an ISA Research Committee.

The objective of RC48 is to foster intellectual, academic and scholarly exchanges between researchers of broadly defined social movements, collective action and social change. The RC48 is currently based at the Collective Identity Research Centre (Department of Sociology 2, University of the Basque Country, Spain).

The ISA was founded in 1949 under the auspices of UNESCO. With more than 5,000 members coming from 167 countries, the ISA is currently the most important international professional association in the field of sociology. Its goal is to advance sociological knowledge throughout the world, and to represent sociologists everywhere, regardless of their school of thought, scientific approaches or ideological opinion.

The on-going scientific activities of the ISA are decentralised in 55 Research Committees (RC), 3 Working Groups (WG) and 5 Thematic Groups (TG), each dealing with a well-recognized specialty in sociology. These groups bring together scholars who wish to pursue comparative research on a transnational basis and they constitute basic networks of scientific research, intellectual debate and professional exchange. Although they must fulfil certain minimum requirements, RCs have complete autonomy to operate. Each RC’s governing body is the Board, formed by a President, a Secretary, and a variable number of board members. RC48 participates in the organization of both the ISA World Congresses, celebrated every 4 years since 1950 (Zurich), and the ISA Forums of Sociology, also celebrated every 4 years since 2008 (Barcelona).

In contrast to the ISA World Congress, which has a more professional and academic character, the forum’s original purpose was to establish an open dialogue with colleagues doing sociology in public institutions, social movements, and civil society organizations. This means that every two years, we are involved in the organization of a worldwide event. In between ISA World Congresses and forums, our committee organizes smaller scientific meetings called RC48 international conferences. These meetings tend to be more narrowly focused than other ISA events and, on average, they gather between 30 and 60 scholars. Consequently, colleagues can make longer presentations, and we can go hold deeper and more enriching debates. 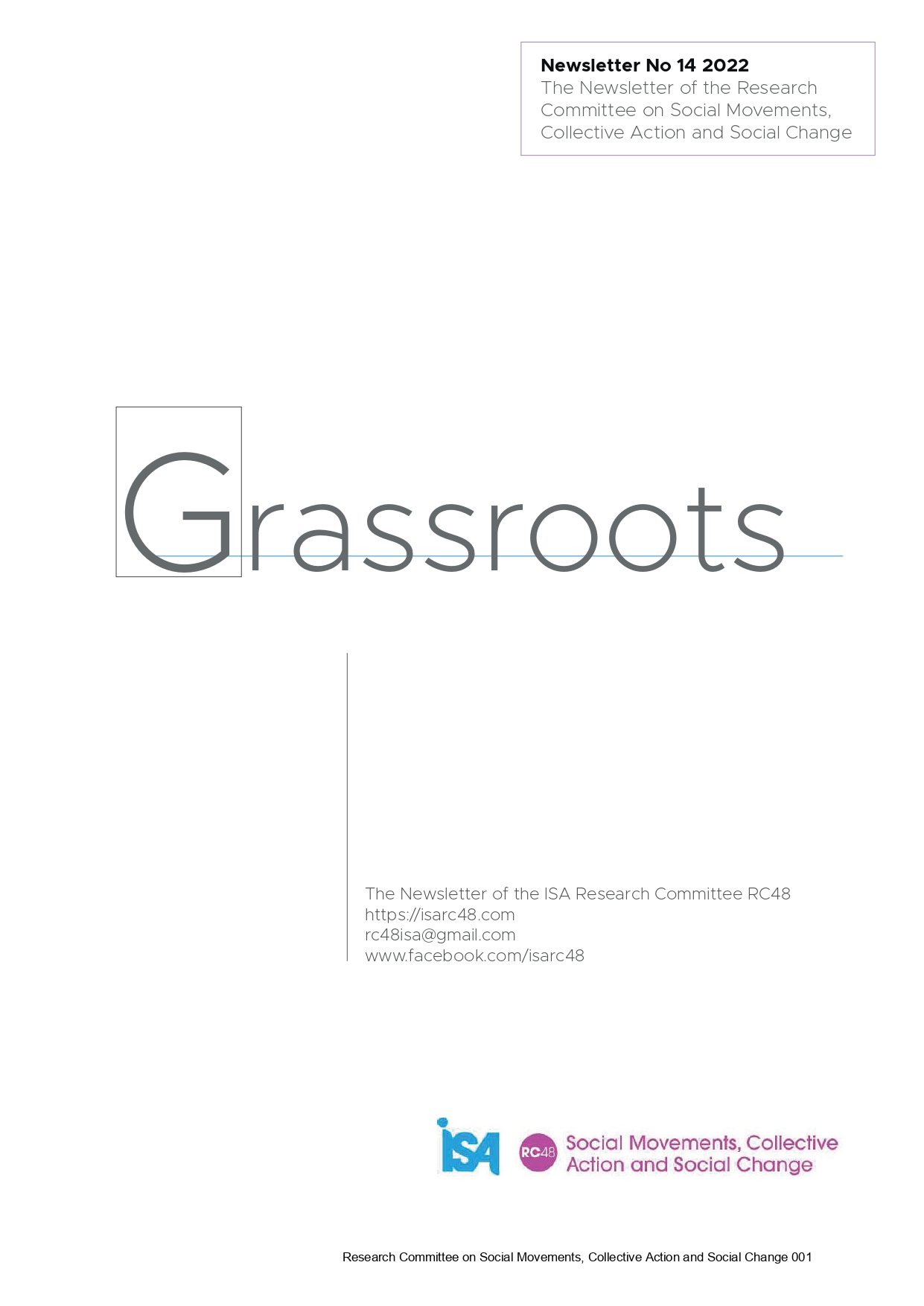