What are protest politics and social movement activism today? What are their main features? To what extent can street citizens be seen as a force driving social and political change? Through analyses of original survey data on activists themselves, Marco Giugni and Maria Grasso explain the character of contemporary protest politics that we see today; the diverse motivations, social characteristics, values and networks that draw activists to engage politically to tackle the pressing social problems of our time. The study analyzes left-wing protest culture, as well as, the characteristics of protest politics, from the motivations of street citizens to how they become Original price Discount price
engaged in demonstrations to the causes they defend and the issues they promote, from their mobilizing structures to their political attitudes and values, as well as other key aspects such as their sense of identity within social movements, their perceived effectiveness, and the role of emotions for protest participation. 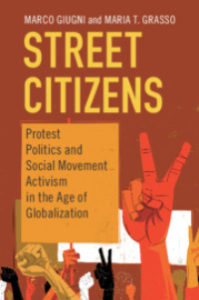