Inicio › Publicaciones › The Oxford Handbook of Politics and Performance

The Oxford Handbook of Politics and Performance 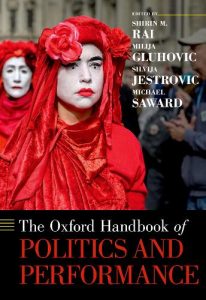 The Oxford Handbook of Politics and Performance

Political scientists and political theorists have long been interested in social and political performance. Theatre and performance researchers have often focused on the political dimensions of the live arts. Yet the interdisciplinary nature of this labor has typically been assumed rather than rigorously explored. Further, it is crucial to bring the concepts of theatre and performance deployed by other disciplines such as psychology, law, political anthropology, sociology among others into a wider, as well as deeper, interdisciplinary engagement. Embodying and fostering that engagement is at the heart of this new handbook.

The Handbook brings together leading scholars in the fields of Politics and Performance to map out the evolving interdisciplinary engagement. The authors—drawn from a wide range of disciplines—investigate the relationship between politics and performance to show that certain features of political transactions shared by performances are fundamental to both disciplines, and that they also share, to a large extent, a common communicational base and language. The volume is organized into seven thematic sections: the interdisciplinary theory of politics and performance; performativity and theatricality (protest, regulation, resistance, change, authority); identities (race, gender, sexuality, class, citizenship, indigeneity); sites (states, borders, markets, law, religion); scripts (accountability, authority and legitimacy, security, ceremony, sustainability); body, voice, and gesture (representation, leadership, participation, rhetoric, disruption); and affect (media, care, love empathy, comedy, populism, memory). 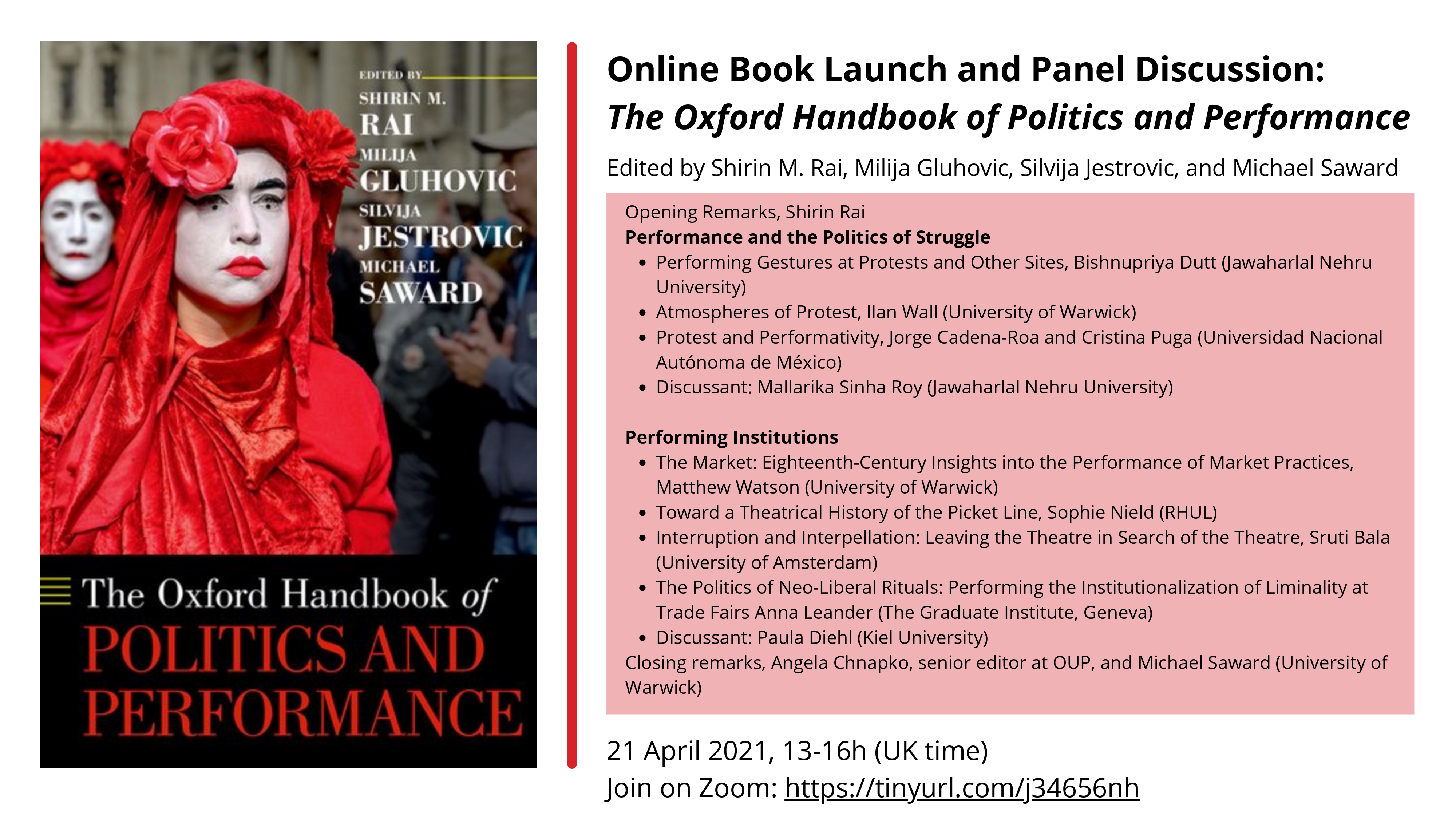